I Did Not Impress

I met a girl so beautiful
My voice caught in my chest,
Tangled in my breath.
I was all a mess;
I did not impress.

I met a man so beautiful
Words could not express.
Again, I lost my breath.
I was all a mess;
I did not impress.

Posted by Esther Jones at 9:32 AM No comments: 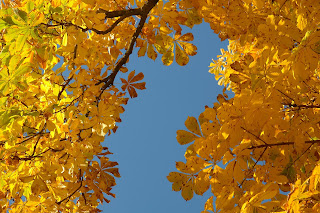 Softly falling quiet snow
Dancing, swirling all around
Piling up upon the ground
Lightly falling gentle rain
Washing snow and ice away
Puddles where the children play
Sweetly falling flower petals
Filling all the air with scent
Heat and spice makes us content
Gently falling golden leaves
Bringing in my favourite time
Inspiring my heart to rhyme

Posted by Esther Jones at 6:00 PM No comments:

I Didn't Think I Was Fat

“Have you lost weight?”
It seems like such an innocent question, a compliment really. It’s a way to let someone know you’ve noticed a change in them, and it’s a positive change, right?
But I didn’t think I was fat before. Was I fat before? I’ve always been pretty happy with my body, with it’s size and shape. I walk regularly, and I don’t usually get out of breath even on long treks (as long as there’s no mountain climbing involved). I’m not thin, but I didn’t think I was fat.
Just over a month ago, I had severe stomach pain that landed me in the emergency room, where I discovered my gallbladder needed to be removed. They didn’t want to do the surgery right away though; they wanted to wait for my gallbladder to “calm down.” Apparently, gallbladders can have tantrums.
In the three or four weeks that I waited for surgery, I was on a low fat diet since eating too much fat causes gallbladder attacks. I learned to love boneless skinless chicken breast and salmon steaks and rice. I scoured grocery store shelves for spices and read the nutrition labels on everything I bought. Choosing a meal from a restaurant menu was actually quite easy, while uninspiring: most places had only one or two options that worked for me.
I’ve never believed in diets, but with the threat of a repeat of that misery hanging over my head, I had little choice.
After less than two weeks on the diet, none of my pants fit without a belt. I don’t own a scale, but I was clearly losing inches. That’s when I started to hear the comments about how much weight I was losing. Well-meaning people often added remarks on how I should think about keeping up with this diet after my surgery. Because a low fat diet is what most people think of as healthy.
Did you know that nuts and some fruits (like avocado) are very high fat? But they’re also very good for you. Did you also know that soft drinks and candy contain zero fat? My low fat diet wasn’t necessarily good for me, and losing weight doesn’t always mean you’re healthy.
I did try to eat a lot of vegetables because I love vegetables, but I also ate sugary sorbets (it was August and super hot—don’t judge me). I may have lost weight, but I don’t know if I was healthier than when I was eating cheese and bacon (in moderation).


Since saying goodbye forever to my gallbladder, I’ve gone back to eating normally and I feel great. It’s been three weeks since my surgery, and I’m walking again and my energy levels are higher than they’ve been in years. But every time someone asks me if I’m keeping up with my low fat diet, I wince. No, I’m not. And I’m happy and healthy. I don’t need to be on a diet.
Posted by Esther Jones at 11:58 AM No comments: